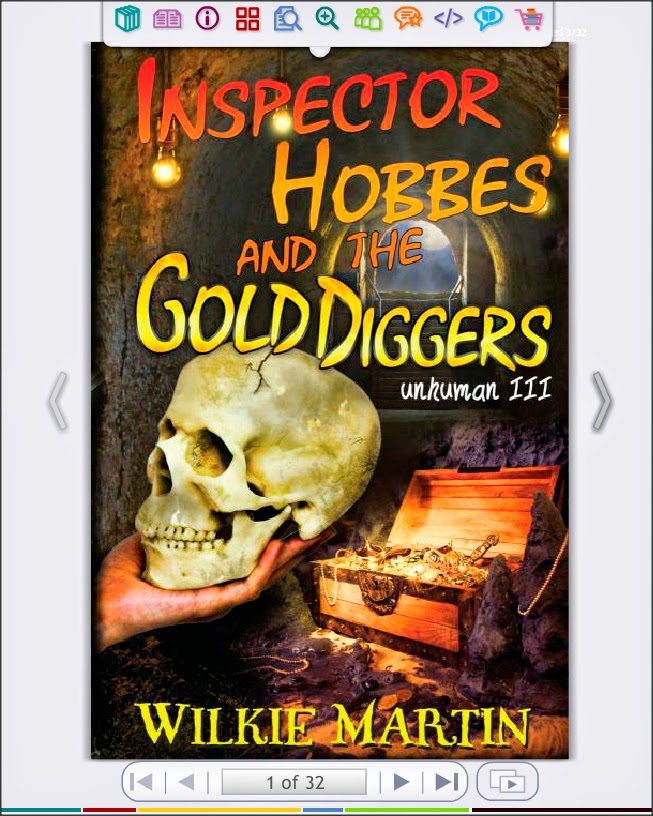 I am feeling very lucky to now have some biblets (or widgets) from Book2Look (http://book2look.com/) that allow the opening chapters of all three of my books to be read and shared, including my latest Inspector Hobbes and the Gold Diggers (http://www.book2look.co.uk/vBook.aspx?id=o8I6rbXQPo) which is published on 30 September 2014. They also include links to some of the reviews.


The biblets are now available for all the books in the unhuman series of Cotswold comedy crime fantasies, or humorous mysteries. They are cozy detective stories with lashings of great food and. feature the same selection of characters, including:
So far there are three adventures and the books themselves are available as paperback or in kindle, epub or ibook formats from all the main e-retailers and are available to order from bookshops.

Inspector Hobbes was inspired by a programme in which Alan Titchmarsh, who was made up as a Neanderthal but dressed in normal modern clothes, walked down a busy street and only attracted one person’s attention. It made me think, what if Neanderthals, or possibly individuals from some other fallen branch of the human tree, still existed in our midst, but were generally unremarked? Shortly after, Inspector Hobbes came to life as a character in a short story. The façade of being a police detective hid the fact that he was not quite human, that he possessed extraordinary strength and retained certain animal characteristics and senses.

Since it was tricky to get into his ‘unhuman’ mind, in the same way that I cannot really understand what is going on in a dog’s head, I decided to use a first person narrator, similar to Conan Doyle’s Dr Watson. Andy Caplet became my narrator and I made him a local reporter to give him a reason for meeting Hobbes. Andy's name came from seeing an old photograph of composers Claude Debussy and André Caplet; Debussy came across as large and hairy, a bit like I imagined Hobbes, whereas Caplet appeared small and insignificant. As the novel developed, Andy, struggling against his many flaws, turned into the central character.

I wrote about some the influences behind the stories in my blog 'Alan Titchmarch was my inspiration for writing Inspector Hobbes and the Blood' http://blog.wilkiemartin.com/search/label/Alan%20Titchmarsh


Inspector Hobbes and the Blood (unhuman I) 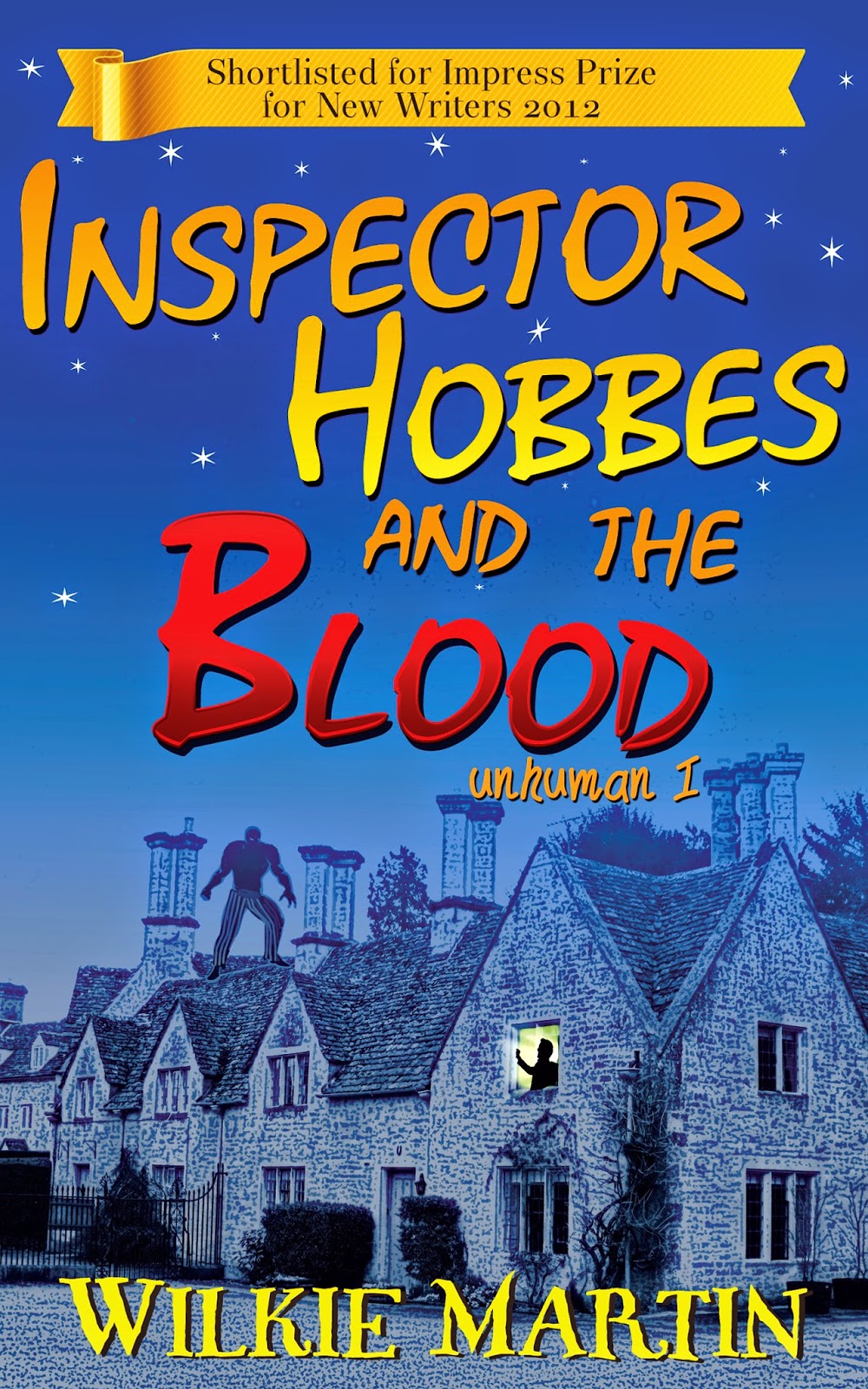 Inspector Hobbes and the Blood, unhuman I, is a fast-paced comedy crime fantasy set in the Cotswolds. When Andy Caplet, an inept local reporter, is assigned to Inspector Hobbes, a police officer with a troubling reputation, he has no idea what horrors his future holds.


‘I ought to tell you, dear, he can get rather wild when he’s hungry’

In my blog 'What's in the Blood' I discuss some of the reasoning behind the title. http://blog.wilkiemartin.com/2013/10/whats-in-blood_7.html
And on PIinterest I include some of the photos that were given to the cover designer to give them a feel for the Cotswolds http://www.pinterest.com/wilkiewrites/cotswold-snaps-for-cover-designer-of-inspector-hob/

Read the opening chapters of Inspector Hobbes and the Blood here http://book2look.com/vBook.aspx?id=ZrFHGPVxgR 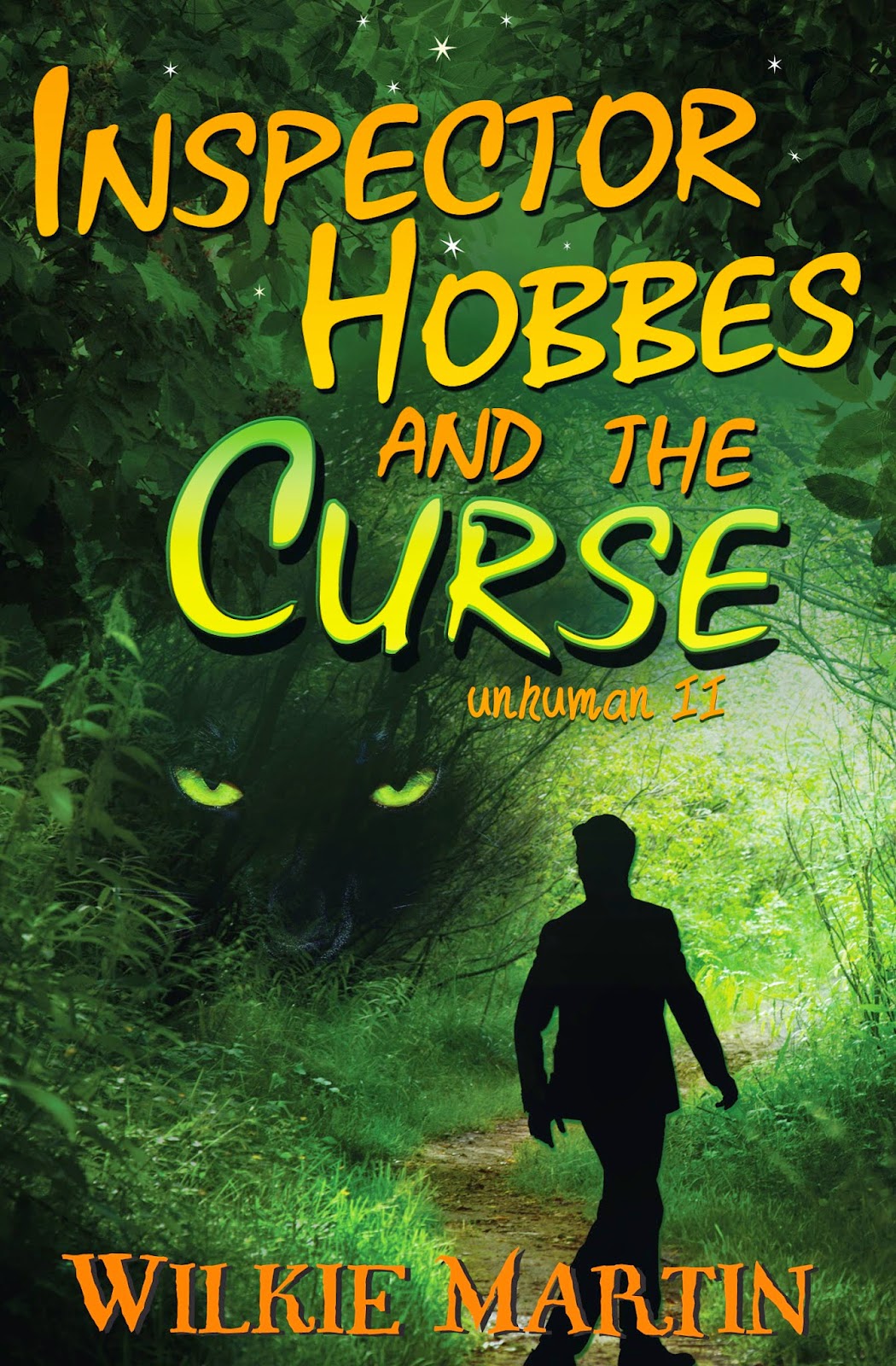 Again set in the Cotswolds, it concerns Andy's infatuation with a dangerously beautiful woman during Hobbes’s investigations into sheep deaths and the mysterious disappearance of pheasants. These incidents appear to be connected to a rash of big cat sightings and something horrible seems to be lurking in the woods, something that will arouse Andy’s primeval terrors.


‘Love may be on the horizon, but beware, something wicked this way comes’

Read the opening chapters of Inspector Hobbes and the Curse here http://book2look.com/book/NqlwpcMhNm 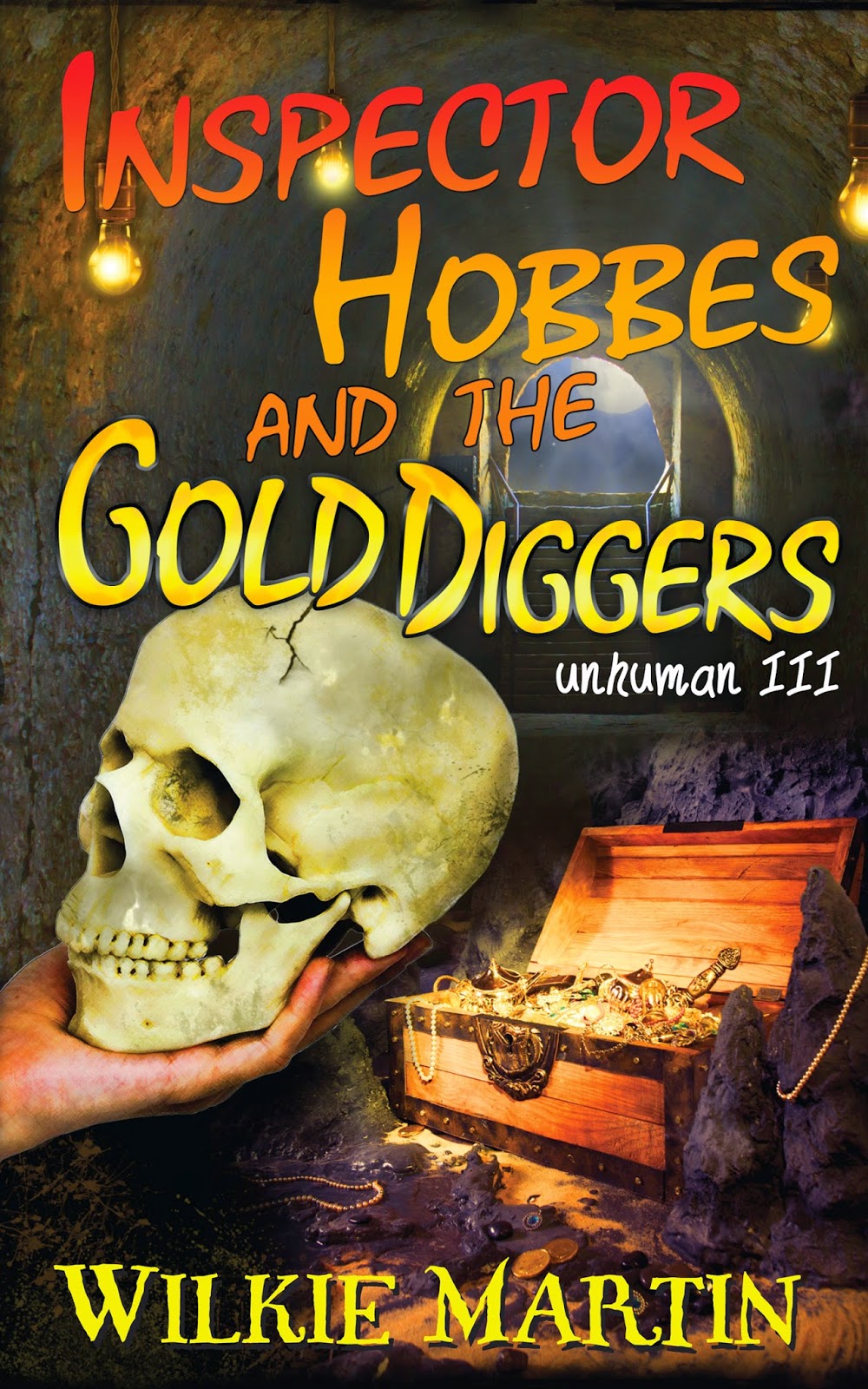 Receiving unwanted attention after foiling an armed robbery, the unhuman Inspector Hobbes takes a long-overdue camping holiday, with Andy, his accident-prone friend, and Dregs, the delinquent dog. In the bleak and dangerous Blacker Mountains, Andy stumbles across something shocking, before falling for an attractive widow. On their return to the sleepy Cotswold town of Sorenchester, Hobbes is dumbfounded when Kathy, a reminder of his hippy days, turns up on the doorstep with her baggage.


'I always knew you'd get ahead some day.'

Read the opening chapters of Inspector Hobbes and the Gold Diggers here http://www.book2look.co.uk/vBook.aspx?id=o8I6rbXQPo

Let me know what you make of the books.
Posted by Wilkie Martin at 21:01